mimicry [noun] /ˈmɪmɪkri/: a resemblance between an organism and another object, often an organism of another species. I compare photographs from mannequins with shots of people I took in the game world of Los Santos ('GTA V'). What those modeled shapes have in common is that they are constructed to be human-like in their appearance. So, what better mimics the human species: the creature of the real or of the virtual world? 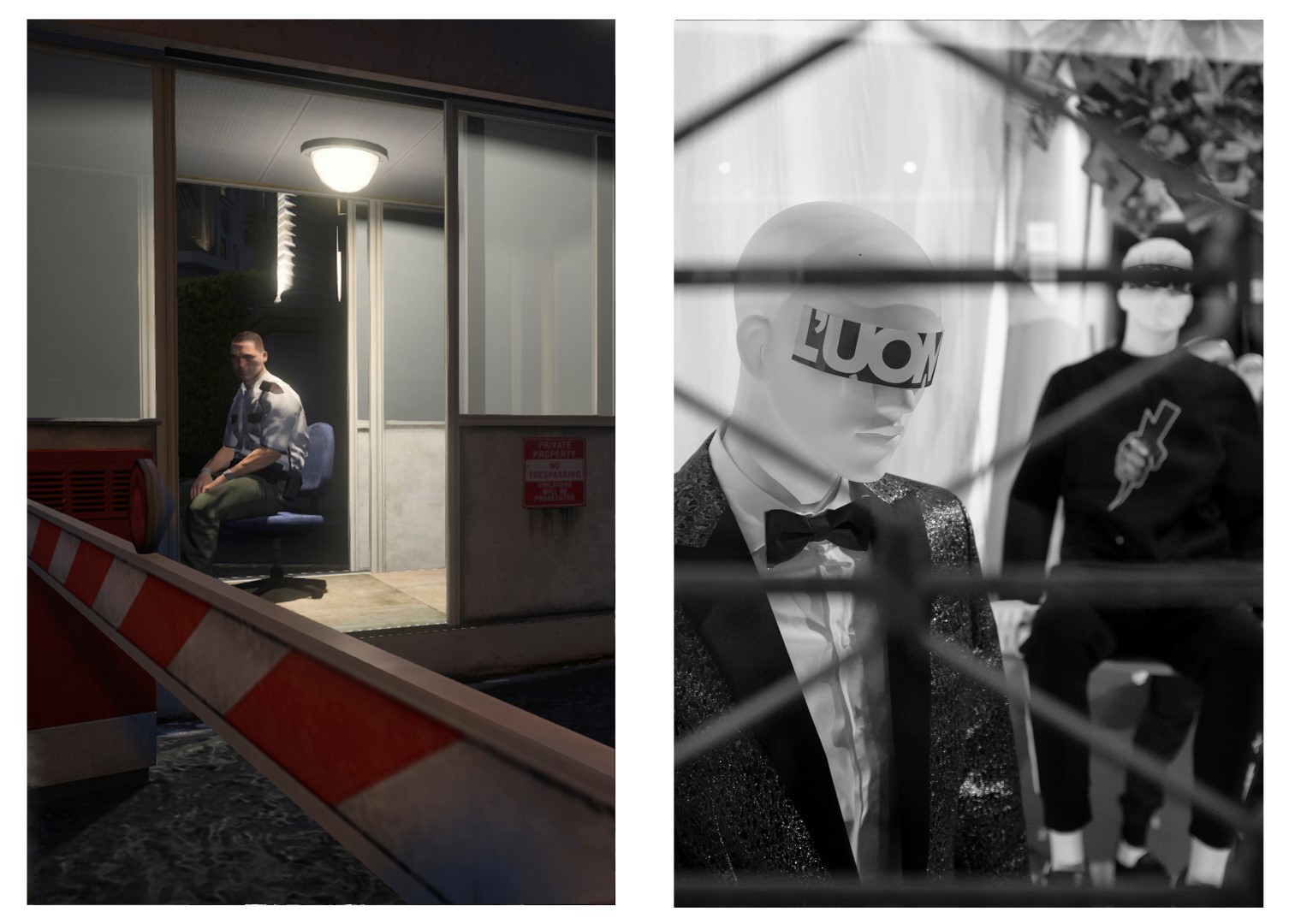 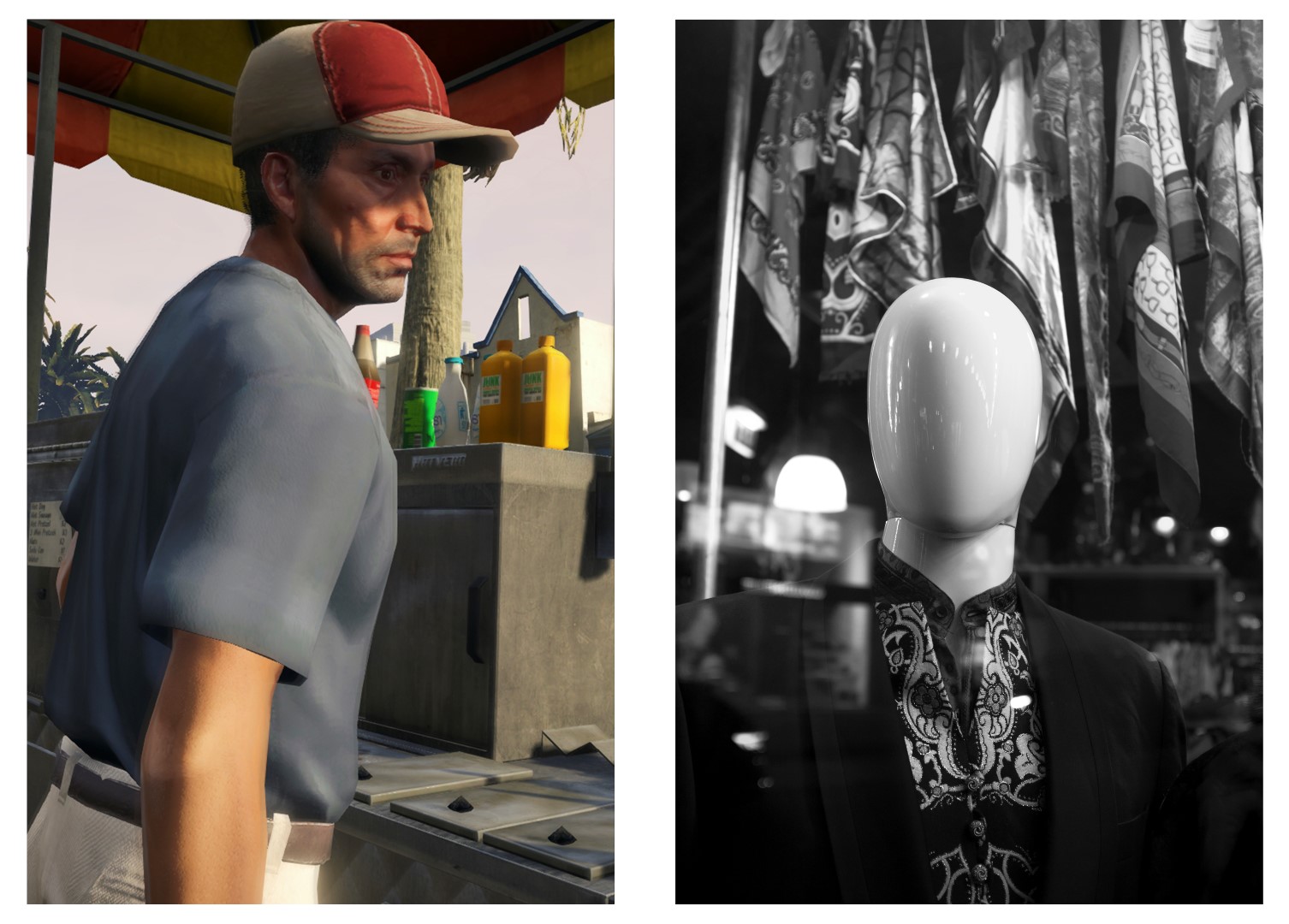 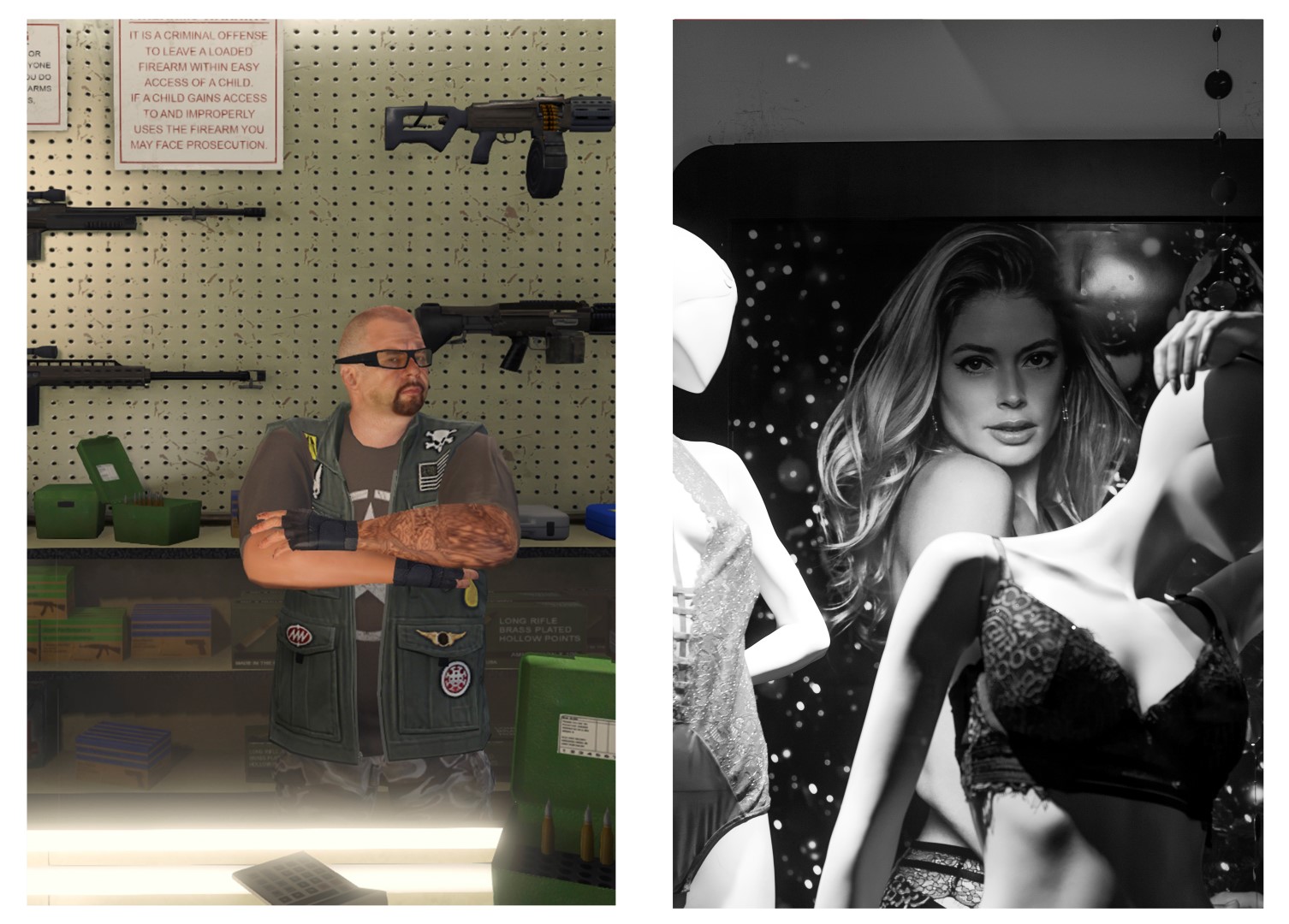 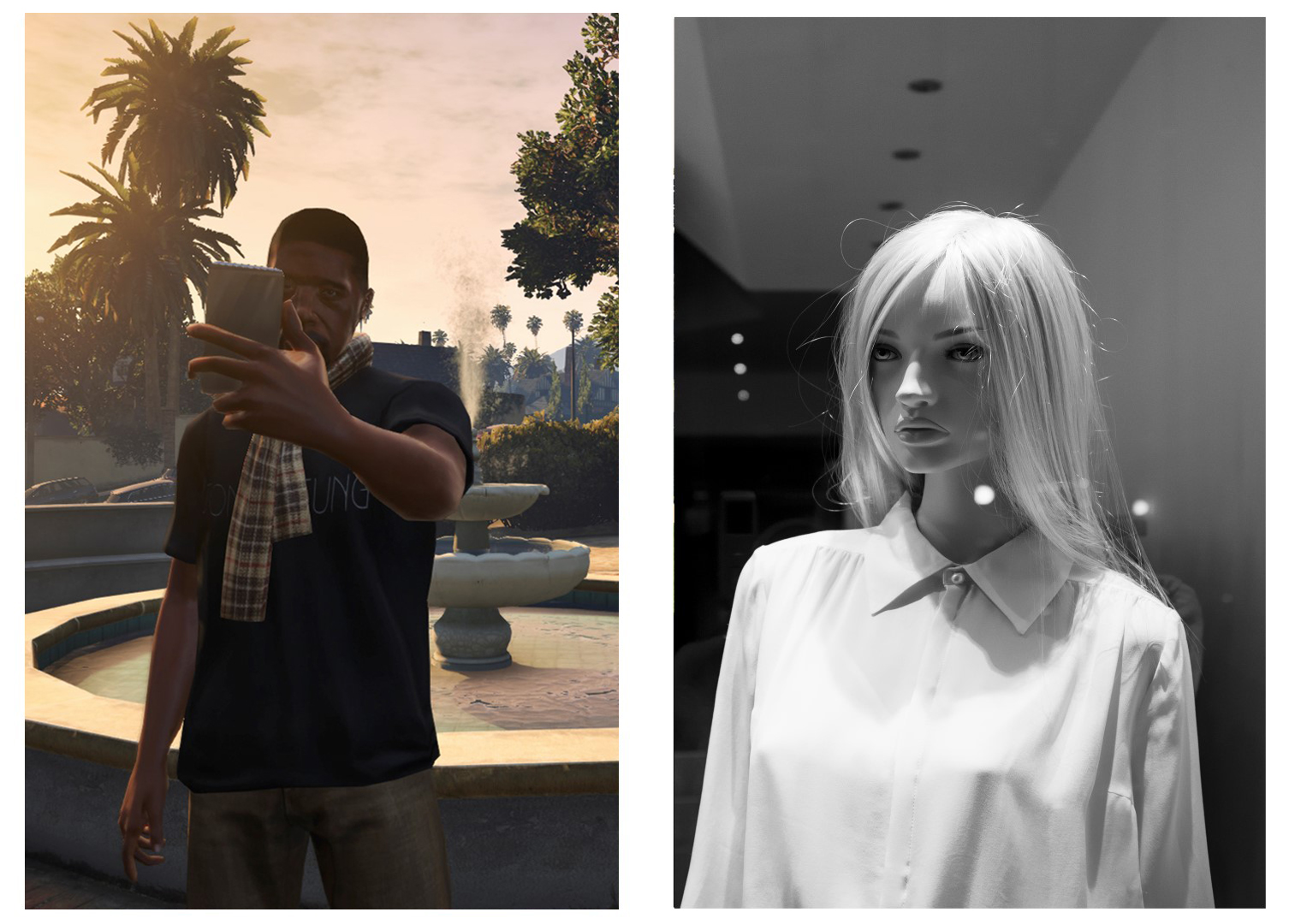 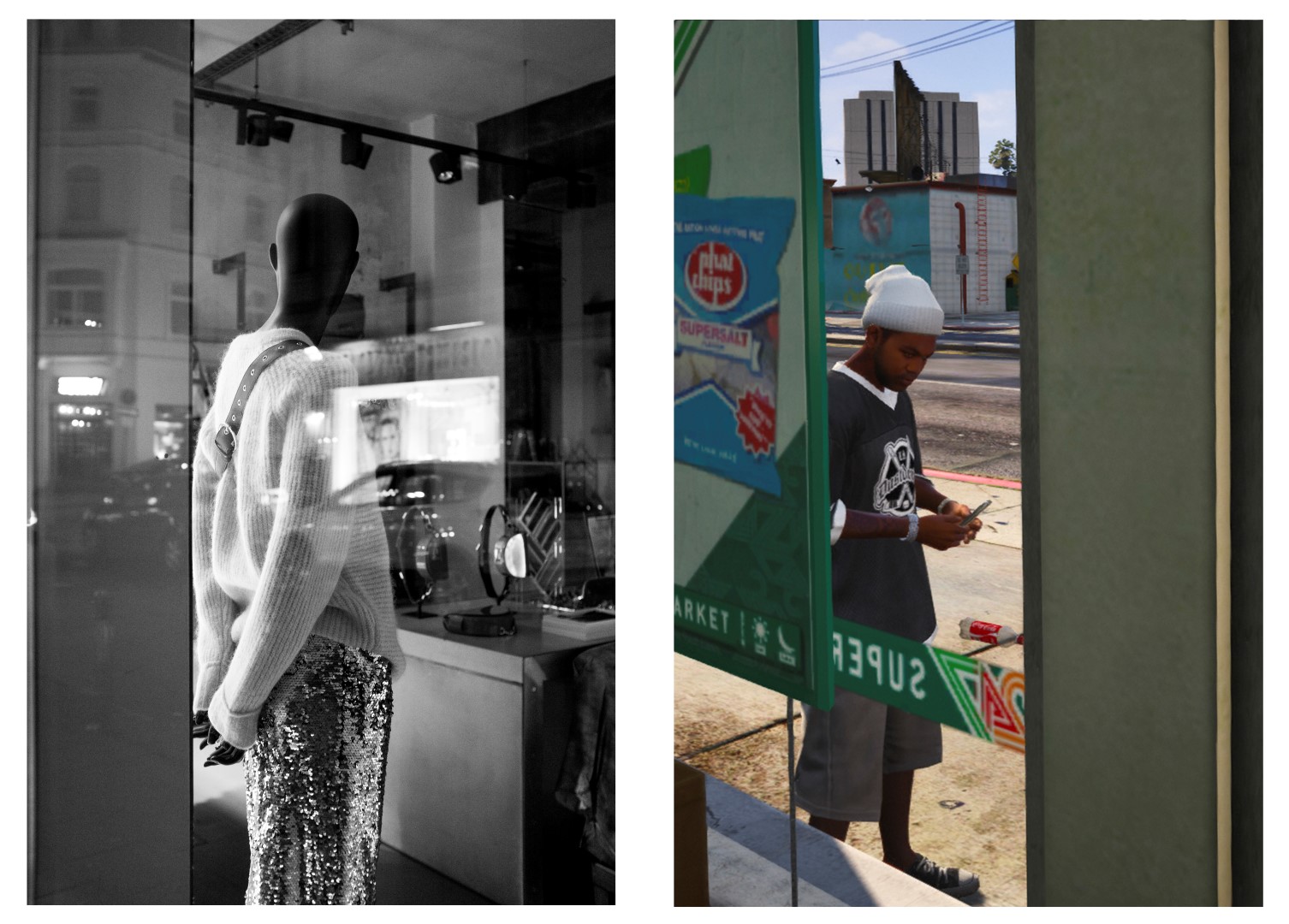 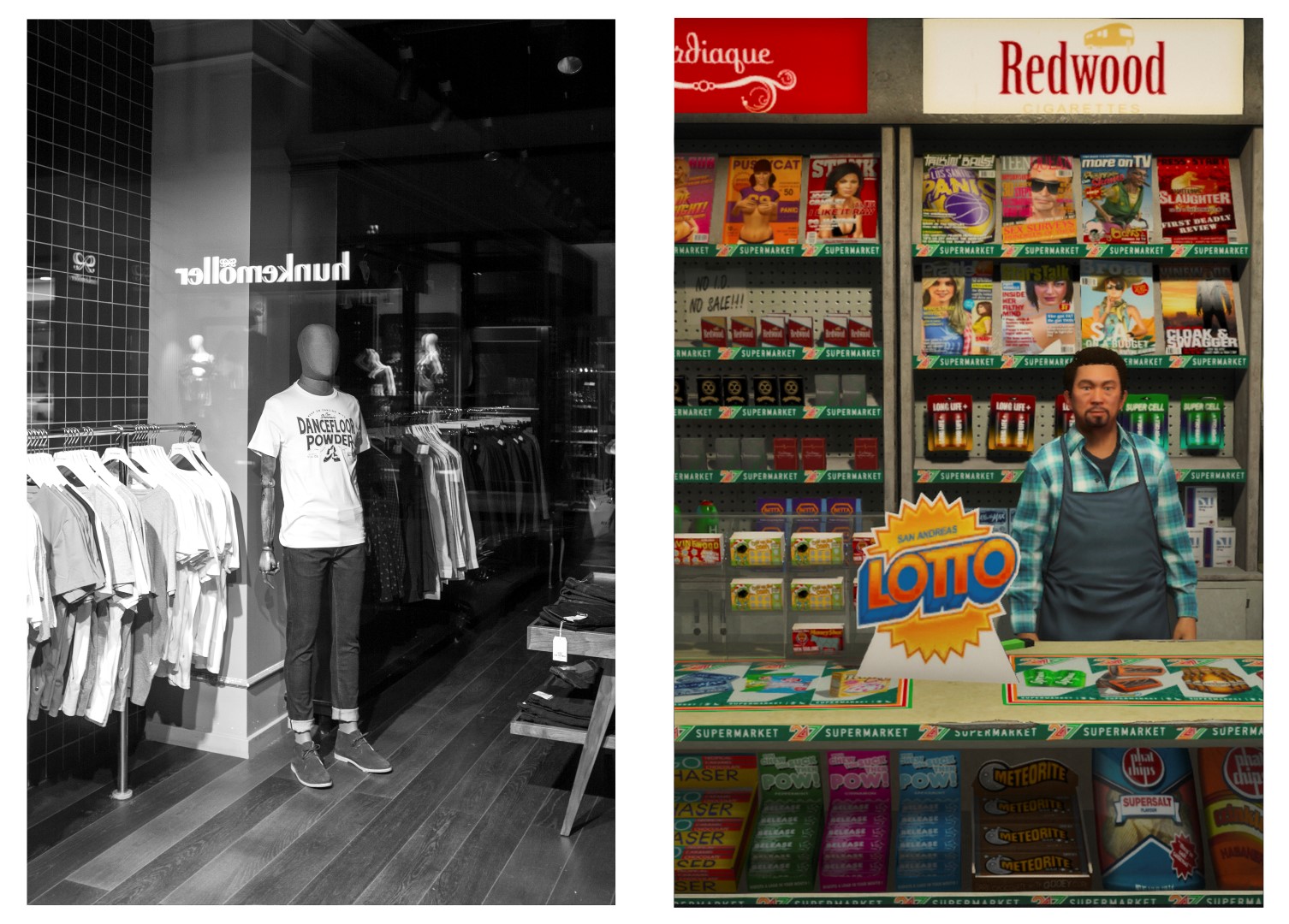 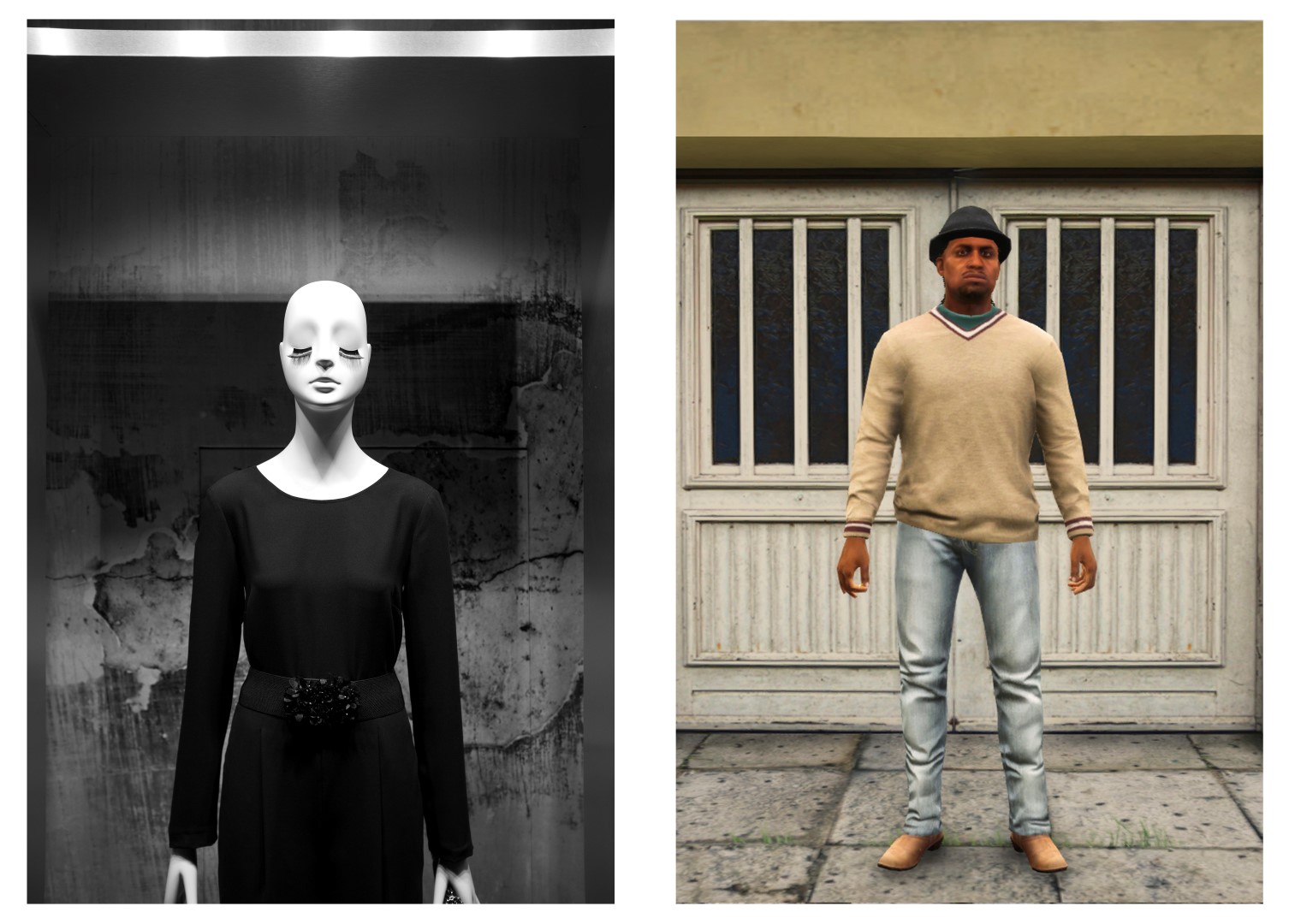 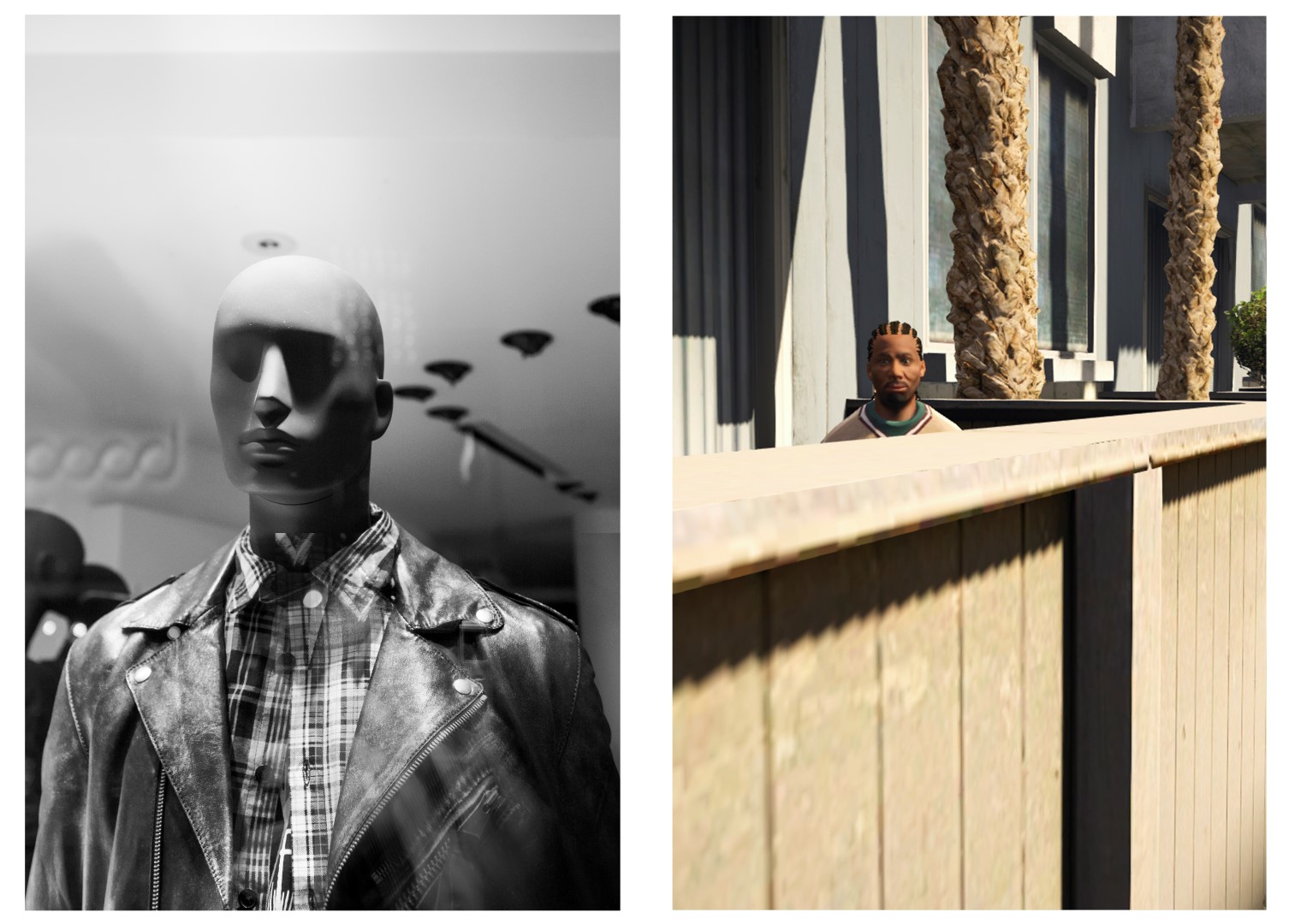